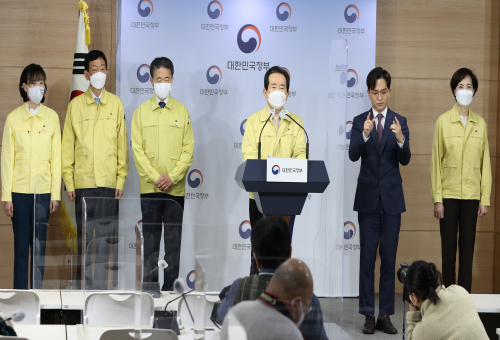 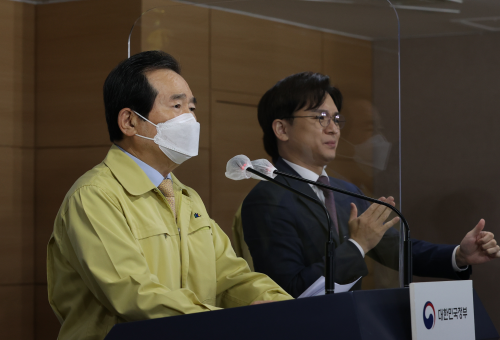 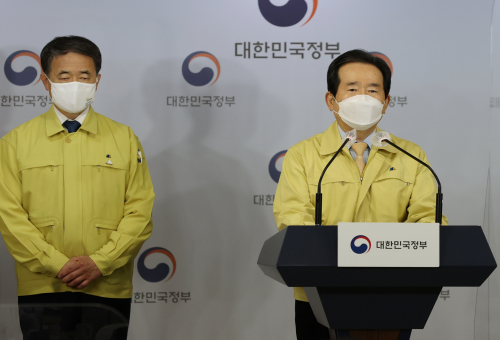 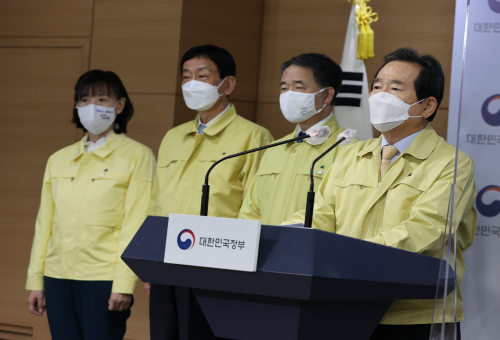 Prime Minister Chung Sye-kyun speaks in a nationally televised live address at the government complex in Seoul on Nov. 20, 2020. Chung asked the public to refrain from holding year-end social gatherings and nonessential outdoor activities, as the country braces for another potential wave of the coronavirus pandemic, with rising sporadic cluster infections across the nation.