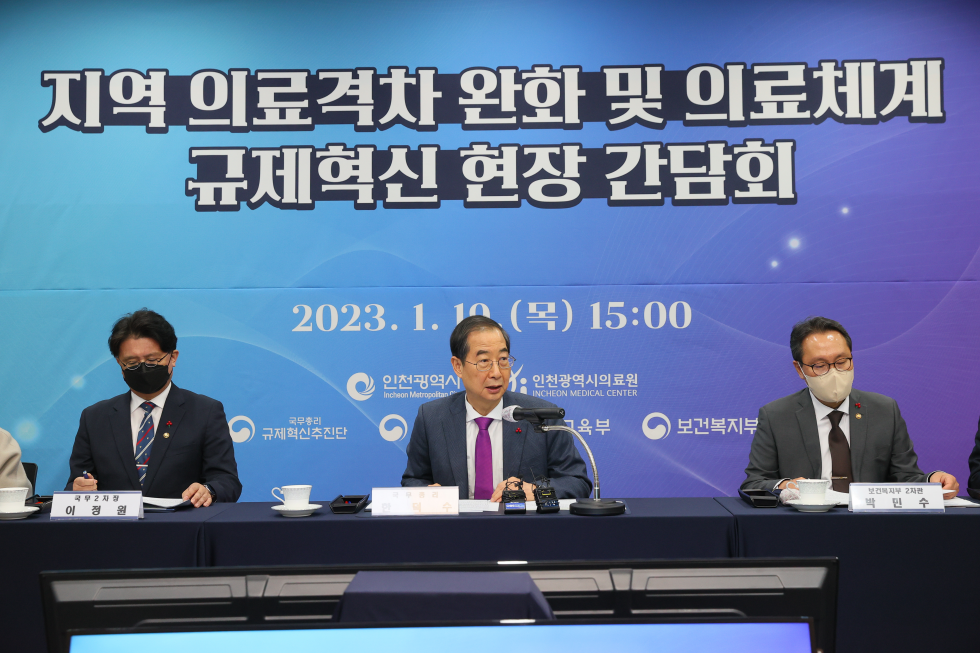 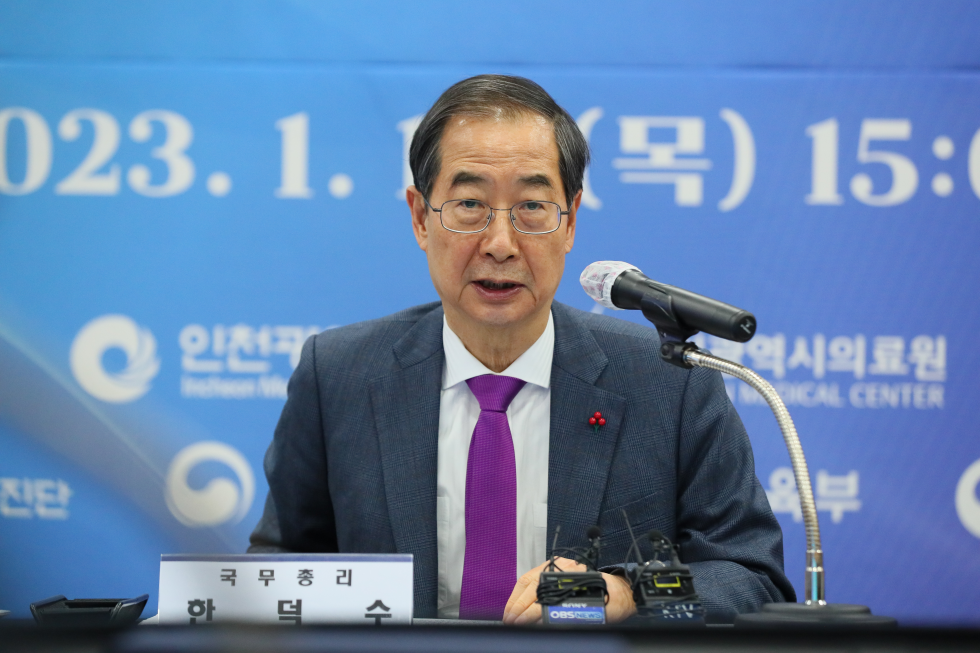 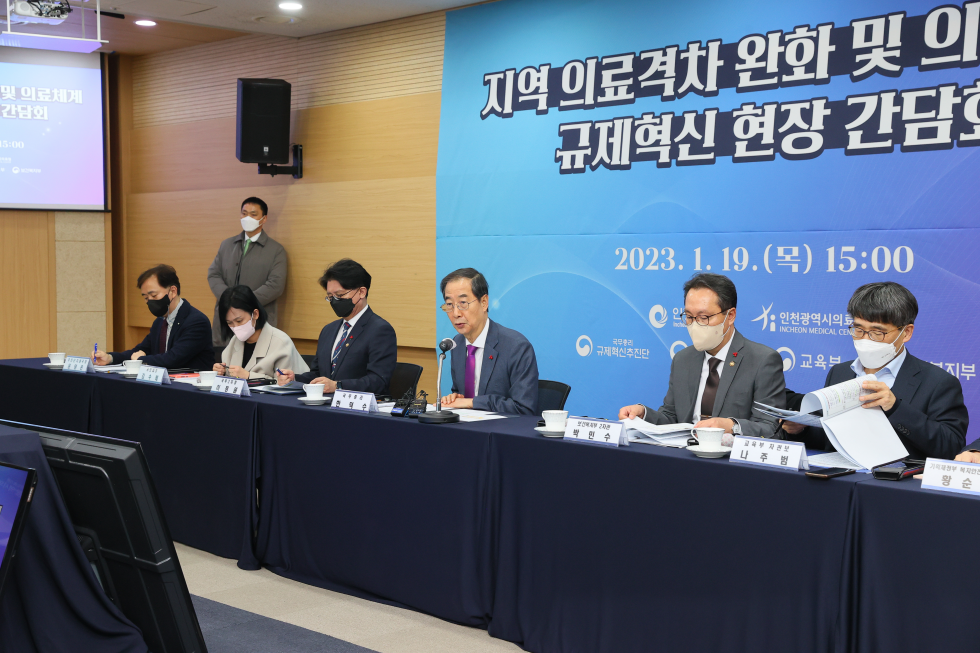 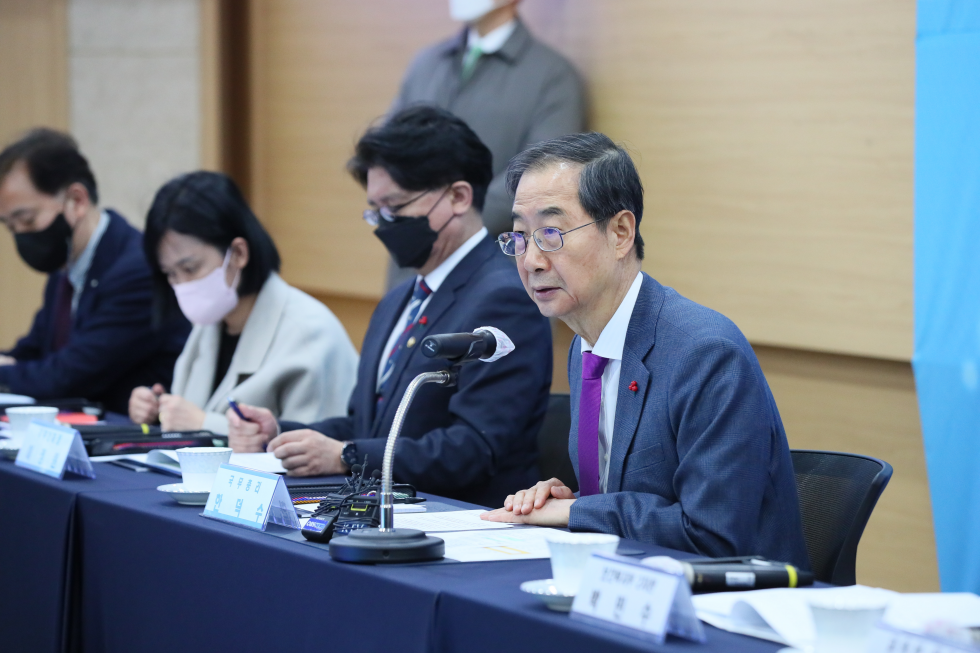 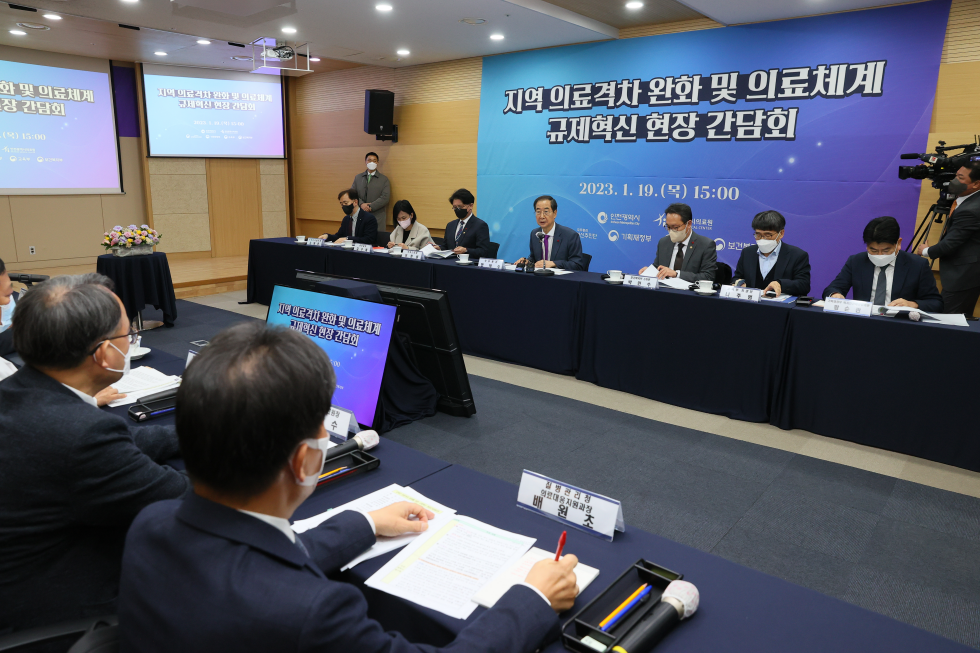 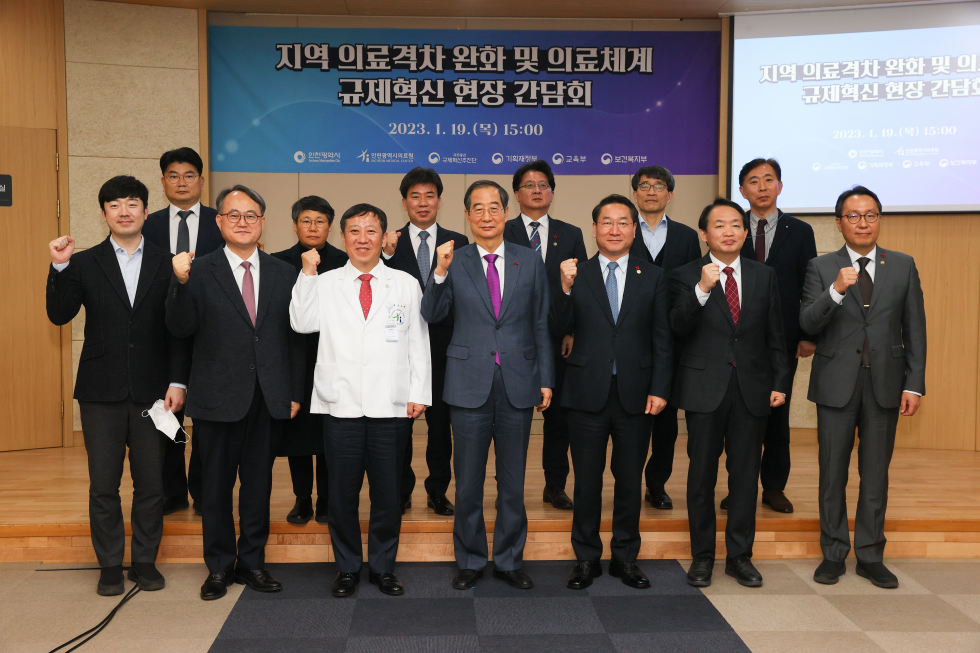 Prime Minister Han Duck-soo speaks during a meeting on medical reform to address regional divides in access to medical care at a hospital in Incheon, on Jan. 19, 2023.

Next
Meeting to discuss COVID-19