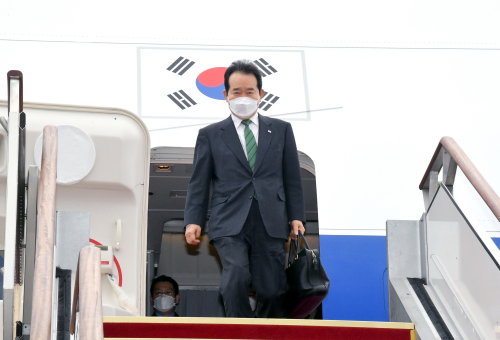 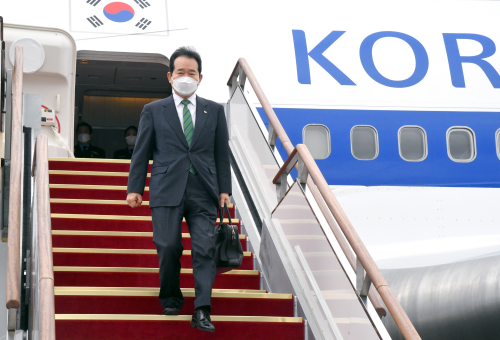 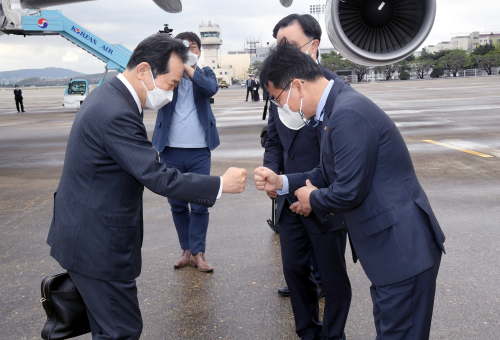 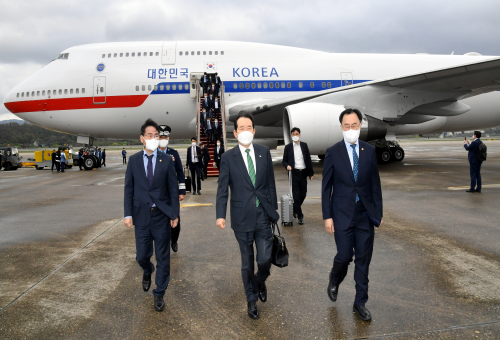 Prime Minister Chung Sye-kyun arrives at Seoul Air Base, on April. 13, 2021, after finishing his trip to Iran.

Next
Meeting to discuss COVID-19